On December 10, 2020, a day recognized by the United Nations as Human Rights Day, the Union of Taxation Employees (UTE) joined with the bargaining agent, the Public Service Alliance of Canada (PSAC), in support of the legal action taken on behalf of nearly 30,000 past and present federal public service workers who identify as Black, Caribbean or of African descent. 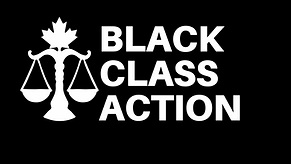 Today we are proud to announce that UTE has approved a donation in the amount of ten thousand dollars ($10,000) to help support the class action suit.

While this class action was advanced independently from the Union, our support of this legal action is well within the spirit and principles of our ongoing battle against racism, including the pursuit of the end of these practices and the resolution and remedy for our members as a result of these practices.